Channel 26 in Marin County or live stream it on:

PAST Playback Theater Improvisational Theater Performances:
Virtual Show
“Breaking Out of the Box”, Creating Change in Ourselves and Our Communities

A virtual performance at the Playback North America Conference, March 13th, 2022.
There are so many systemic issues that have been highlighted by Covid, including inequities of race & class, climate change, environmental degradation, partisanship, etc. … At the same time, people have been put into separate little boxes — zoom being a perfect metaphor.

In our boxes we may feel safe but are often confined to the echo chamber of our own walls and recycled thinking. Problems seem insurmountable, as how can we address them by ourselves?

Many of us want to find ways to break out of our little boxes and change our relationships to ourselves, to each other, to Mother Earth, to partisanship and ‘being right’… and to free ourselves to see, listen & interact with each other from a place of empathy, community and common goals.

How do we break out of our boxes? What does YOUR box look like? Can you break out of it, or do you find what you need inside? What will it take to transform ourselves and our communities? What can the world look like?

This show was part of the online Playback North America Conference & Performance Festival: Playback in Community- Reaching Towards the Futures We Want. It will include over 20 conference sessions and 8 performances, hosted & performed by PNA members. The full Performance Festival ran 3/11/22 – 3/13/22.

This virtual performance was about true stories and experiences in enduring the widespread fear, isolation and challenges of this last year’s global threat and how it has affected the life going forward.
Can we find our normal again? What has changed? Do you see things differently? What have you gained or lost? What will you never take for granted again?
Your experiences, relationships, choices, pursuits, dreams, attitudes and beliefs have created new stories to share.

Donations are appreciated at
www.venmo.com/BayArea-PlaybackTheater

In person show – recorded 2017 at the studio of the Marin Community Media Center, CMCM, Marin TV

See the video of the show here: 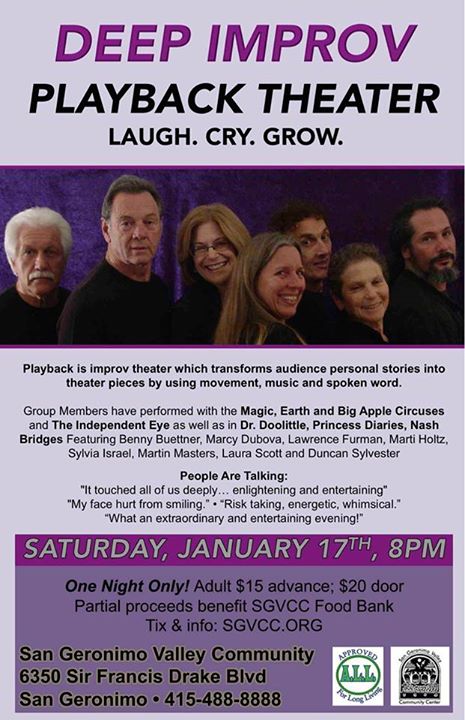 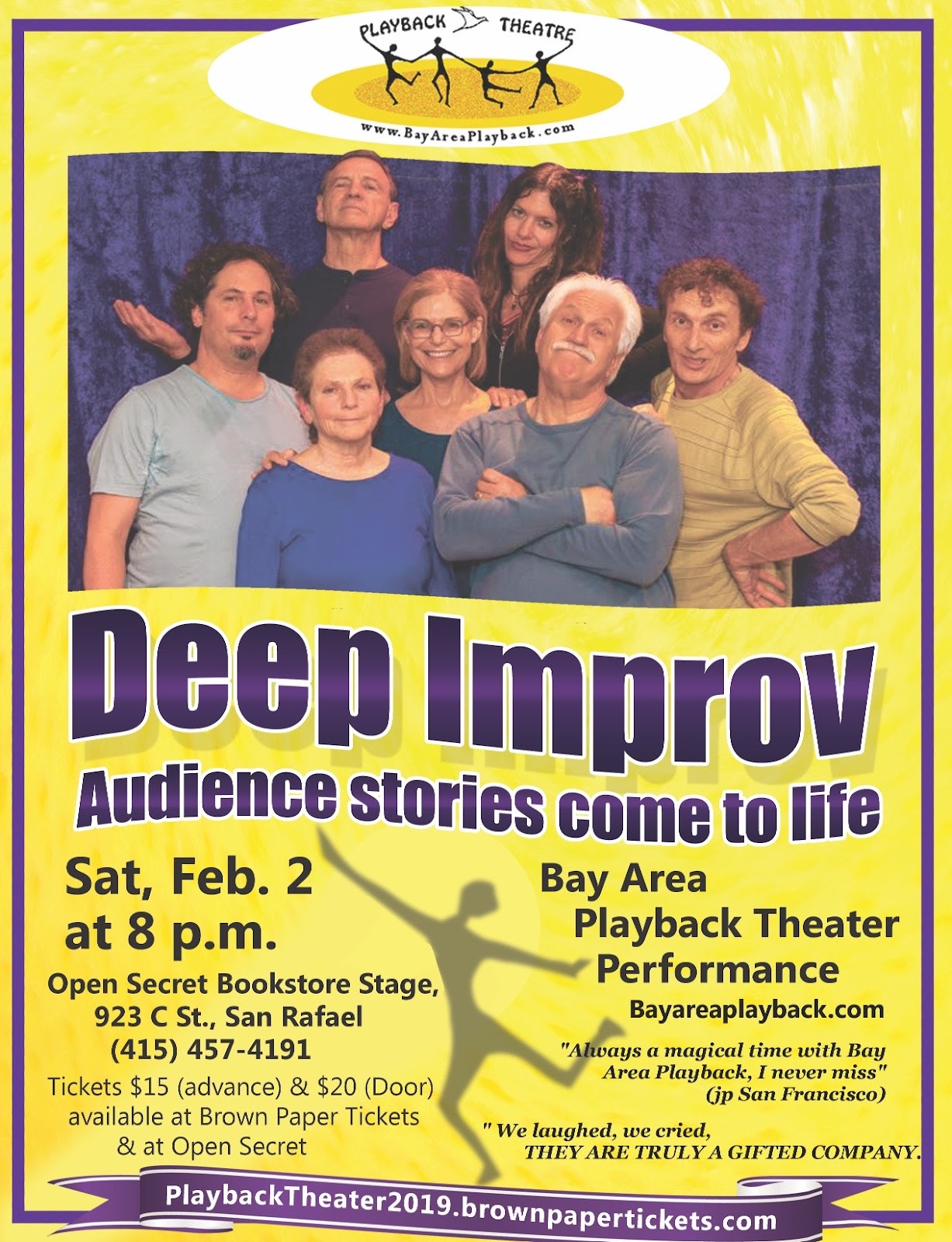 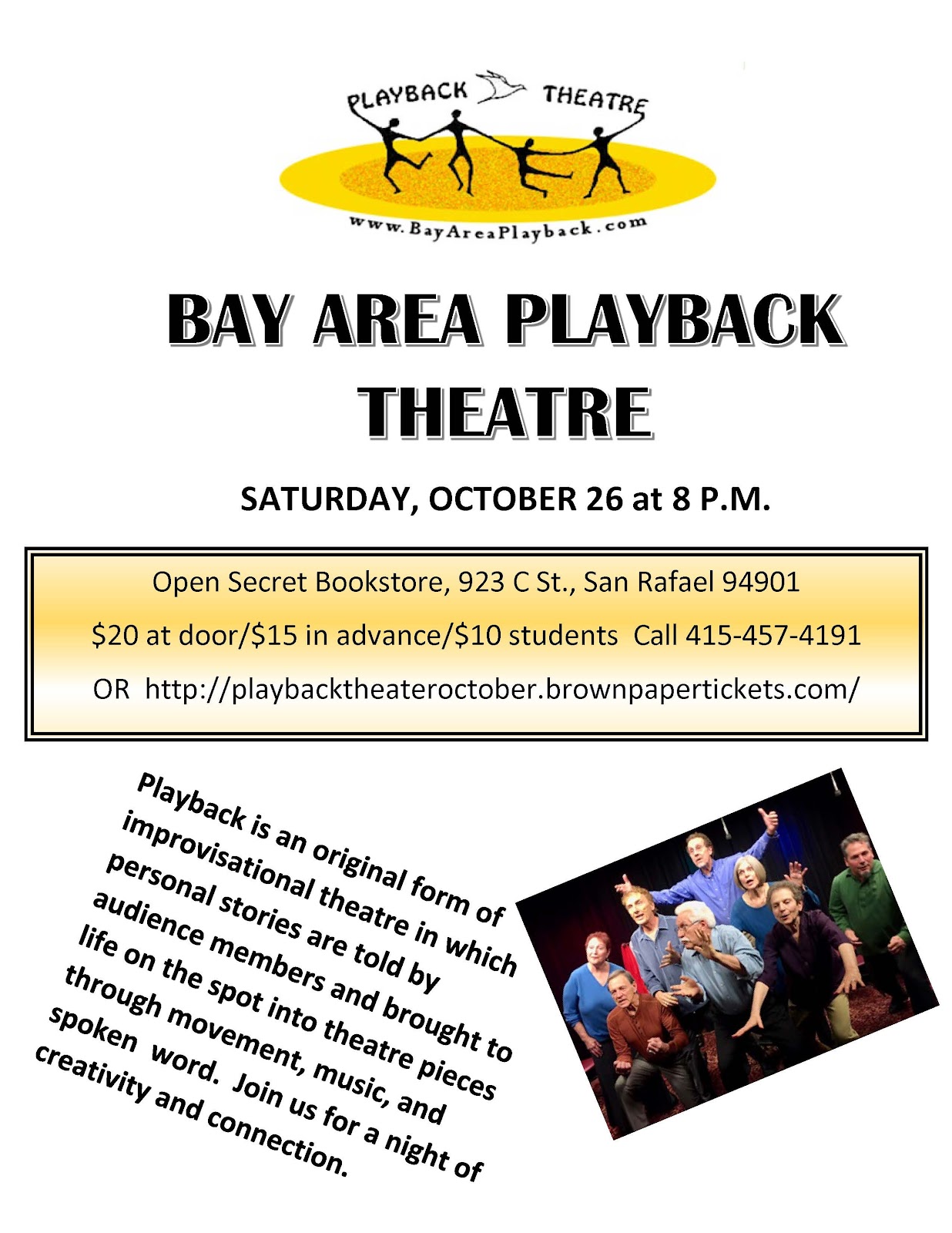